Mollie and Nico had an elegant black tie wedding at the historic Il Mercato in New Orleans! One of my favorite parts in the wedding video was getting to see the groom's emotional reaction to Mollie walking down the aisle during their ceremony at Il Mercato.


Mollie & Nico both met at a Halloween party with friends in the Fall of 2015. Nico went as the tin man and Mollie was Dennis Rodman. (Yes, the basketball player).

After a great night of hanging out, Mollie invited Nico and his friend to church the next morning. After talking later that night they both knew something was there. A few nights later they went out on a date but Mollie still took some convincing. After school got out, Nico went home on break and they did not get to see each other as much. However, when they finally did see each other again (right after Christmas) they picked right back up where they left off. 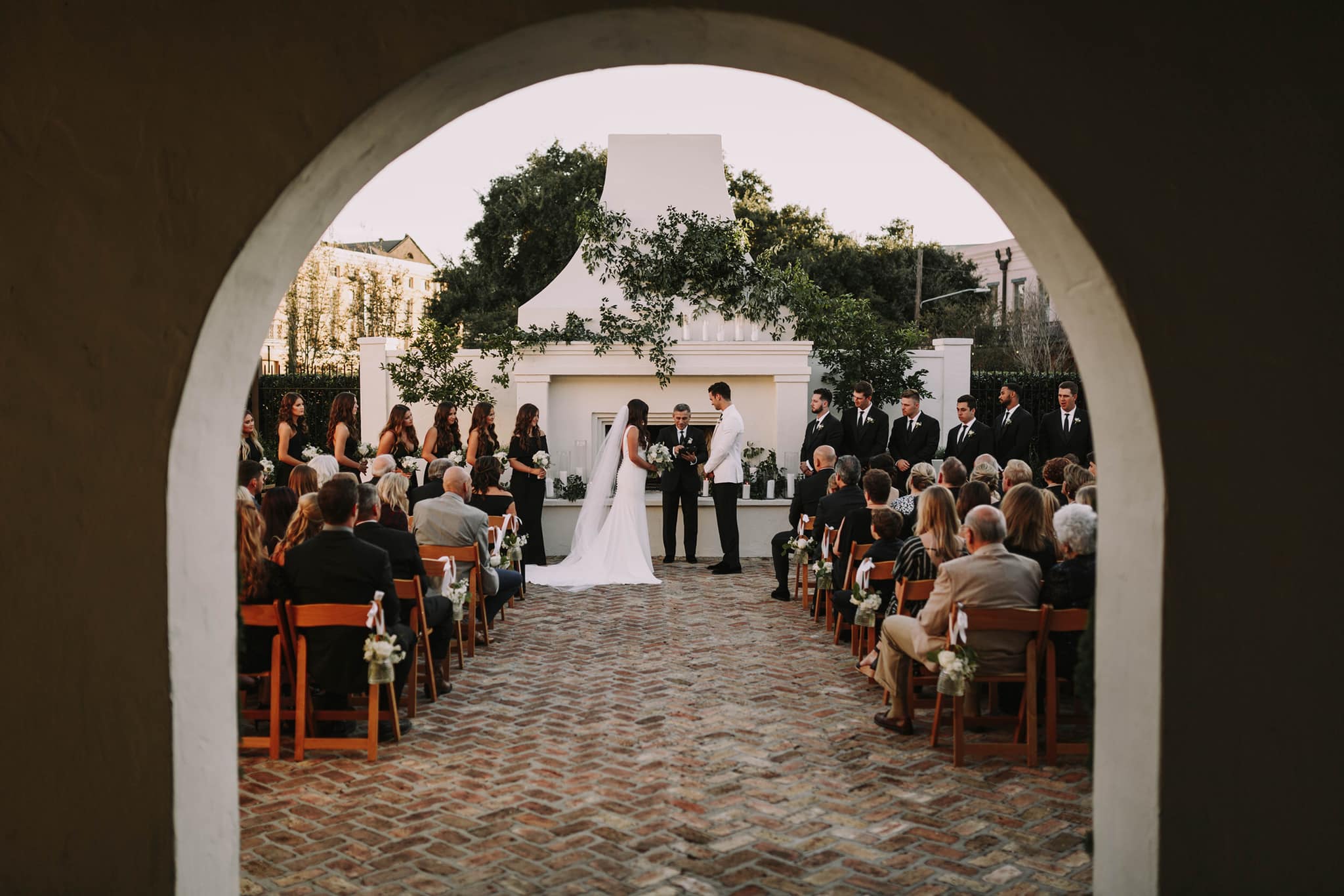 Three Years later they had finally come to the day that they had been dreaming of for so long! They had planned a beautiful wedding at Il Mercato ; a beautiful and historic New Orleans Wedding Venue.

The girls got ready at a gorgeous Air B&B while the guys got ready at a Hotel just off the Mississippi river. When Mollie was fully ready she had her father come in for a first look. This was one of our favorite moments of the day as her father got emotional during the first look when he saw his beautiful daughter all dressed up for her wedding day. Needless to say, her Father's emotional reaction was truly priceless.


Their Ceremony took place inside the courtyard at Il Mercato in front of a stunningly beautiful fireplace with a trio of musicians playing a people came down the isle. Despite all of the hard work in planning they still managed to have one of the funniest blunders we have seen yet when they forgot to bring the rings to the Ceremony! 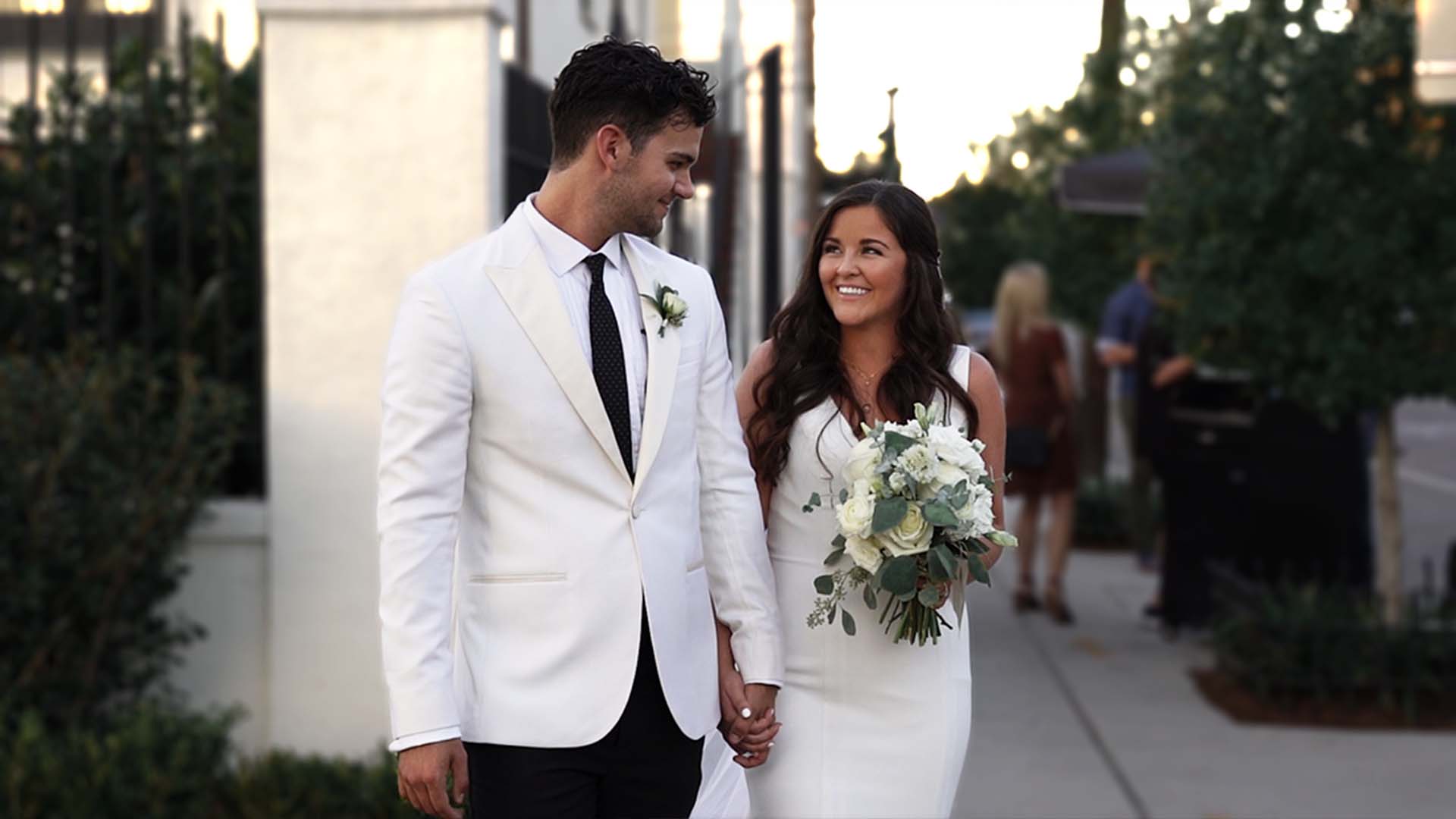 Despite this hiccup, they remained calm as they trusted the God had a bigger purpose in all of the chaos. After exchanging vows they ended the ceremony by getting a “Unity Tattoo”. They both got a triangle Tattooed to their wrist to symbolize God as an integral part of their relationship.


Their wedding reception took place inside of Il Mercato where they had some of the best food we have ever tasted at a wedding and lots of fun music by Rock-It Productions. 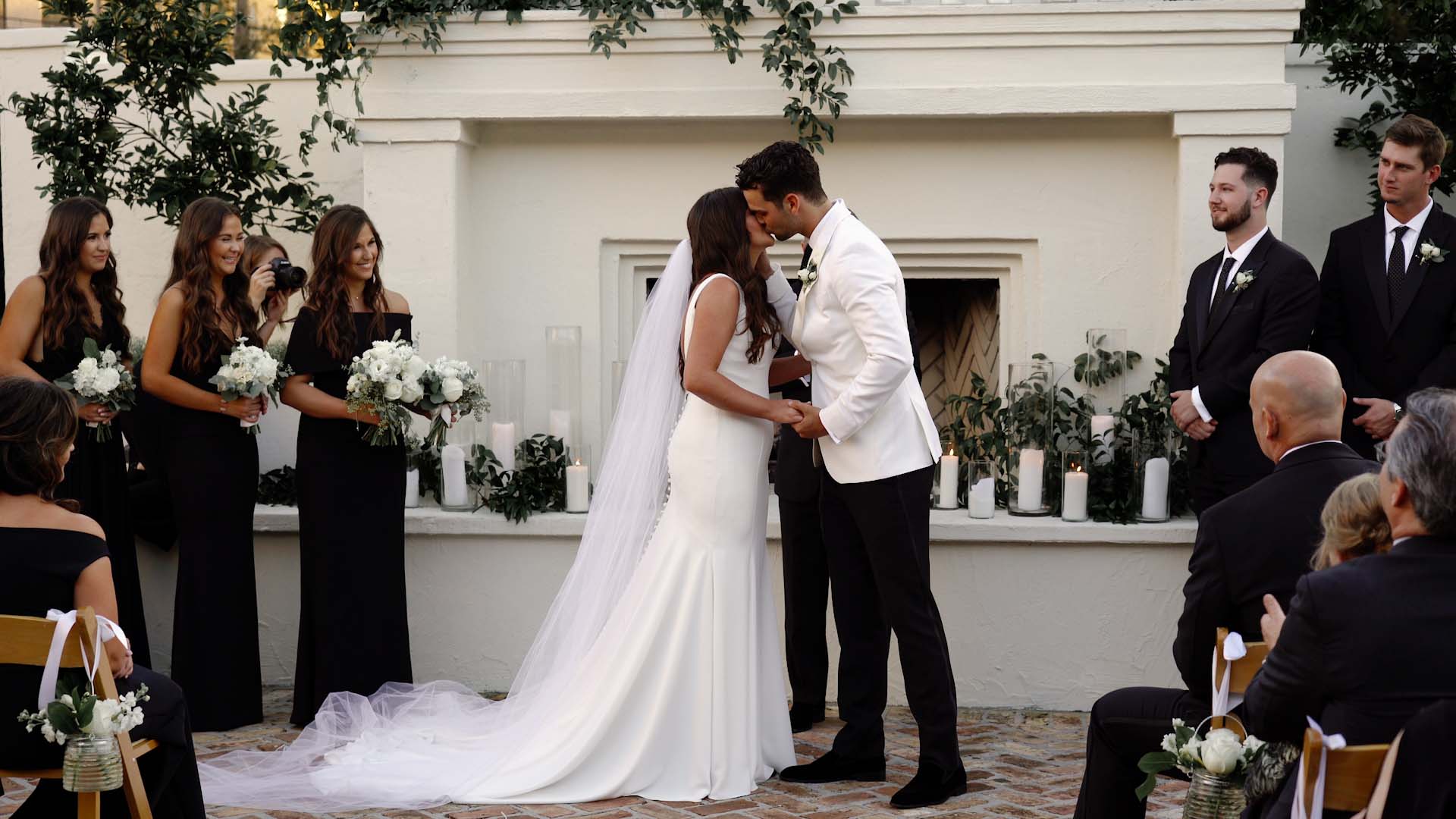