Why We Decided To Rebrand 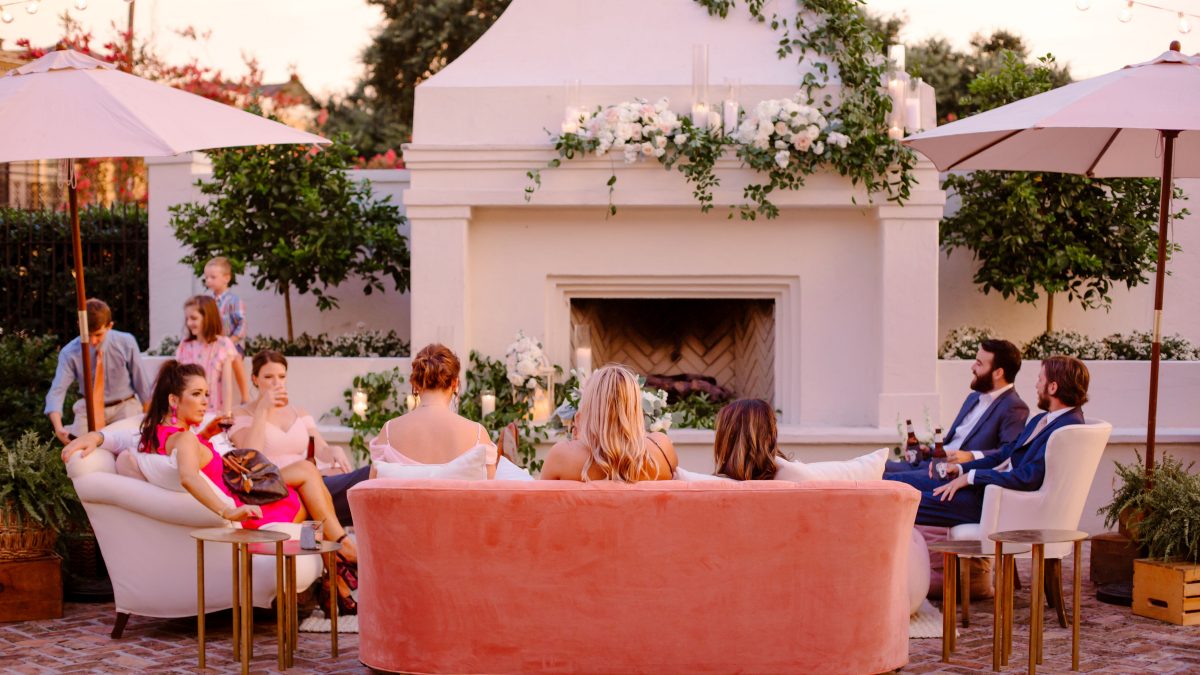 Ciara and Warren had a stunning New Orleans Wedding at Felicity Church and Il Mercato. Not even a broken foot could stop the fun and excitement! They first met at a football game where Ciara immediately caught warren's attention. Warren had an extra ticket to see the football game from the club suites but was nervous to ask her himself so he got his friend who then asked another friend to ask her if she would like to go watch the game with him. Fortunately she said yes! :)
Fast forward to a week before the wedding and we learned that Ciara broke her leg and was in crutches!! We were so terrified for this sweet couple but fortunately everything worked out great in the end. And Ciara was such a trooper. Not once did we hear the bride complain about having to wear a boot on her wedding day. Instead, she expressed how gratefull she was to not have to walk down the aisle in crutches - and in the end it worked out perfectly as the front of her dress was able to completely hide her boot from view! At the Rehearsal Dinner the Groom (Warren) retold the story of how she broke her leg which is hilarious! 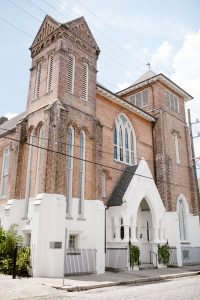 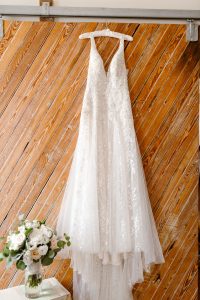 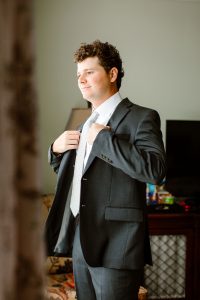 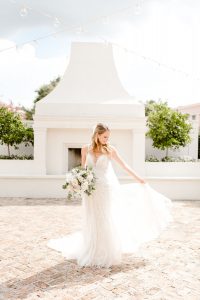 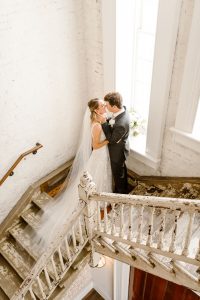 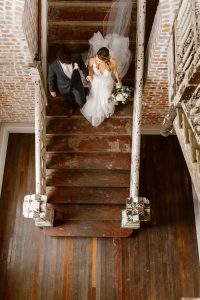 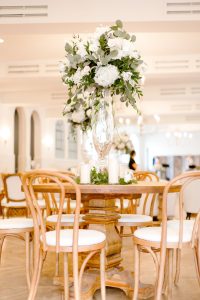 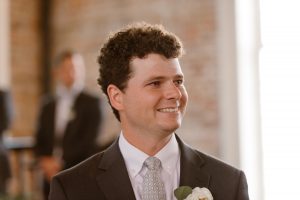 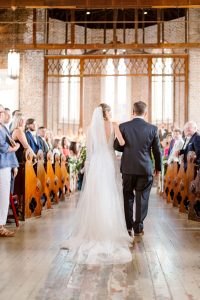 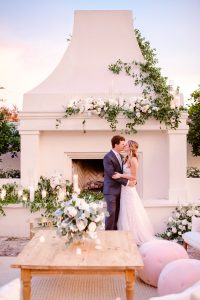 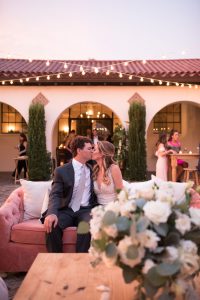 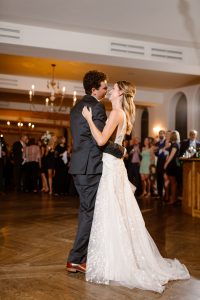 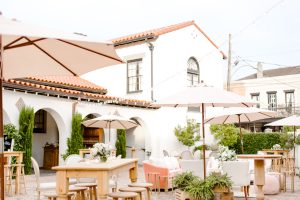 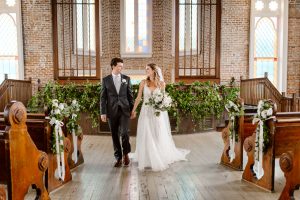 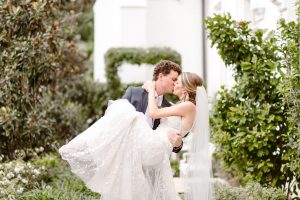 I don't want to spoil the whole story so you will just have to watch the video for that but needless to say they ended up having the most amazing destination wedding in New Orleans! Originally they were having trouble deciding between having their wedding at Felicity Church or having their wedding at Il Mercato (their two favorite venues) In the end, they decided to do both and it worked out beautifully as they had an authentic New Orleans Second line from Felicity Church Wedding Venue to Il Mercato. (By they way, their first look was SO SWEET I couldn't help but cry as we re-watched it all unfold from the editing room.) At Il Mercato they had plenty of fun activities and snacks lined up for their guest with a New Orleans famous Snowball Stand, Tarrot Readings, and an amazing performance by the NOLA Dukes band that kept the dance floor moving the entire night! They ended the night exiting Il Mercato with a streamer exit that left us speechless! **Special Thanks to 😍 Faraday Photo 😍 for sending us some amazing pictures to us for their video Thumbnail! 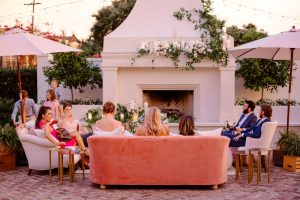 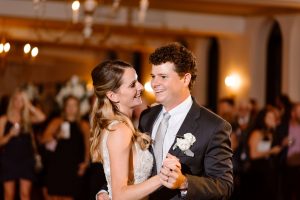 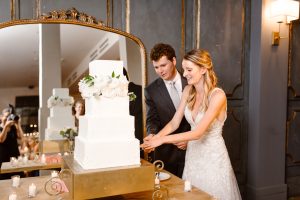 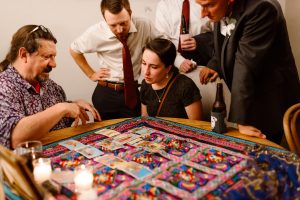 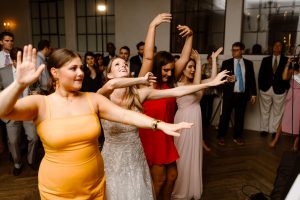 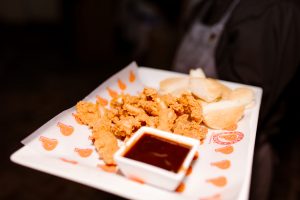 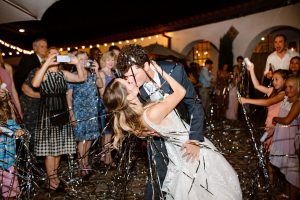 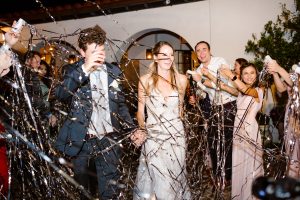 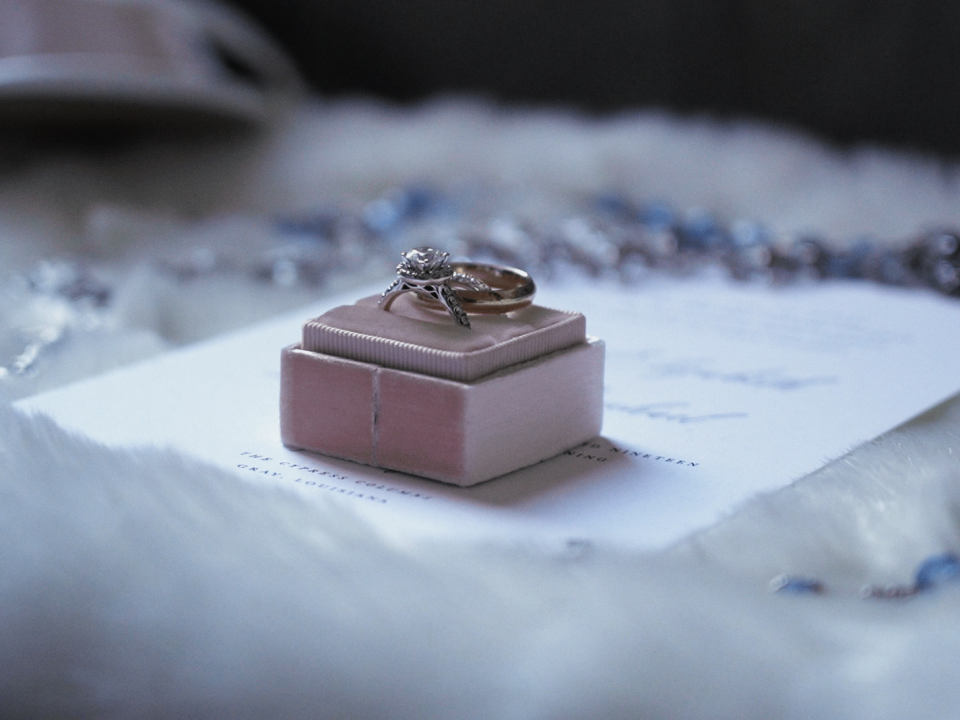